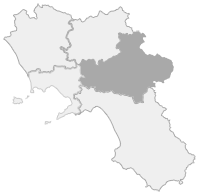 «"This land rich in woods and streams that now flow from the rocks and then fill up and meander in the sunny valleys, is embellished with all the beauties of a wild but also benevolent nature"»

It was a wolf, “hirpus” as they called it in oscan language, who led them to the south of the area, the Samnium, where their ancestors from Sabina settled. The large group of young Samnites looking for new lands to inhabit, penetrated between wooded mounts, discovering green valleys through which rivers were running, made them fertile.

Many rivers : the considerable prosperity of that region which then had to be named Irpinia from the Samnites tribe, the Hirpini, where they stopped. They chose the wolf as the sacred animal. 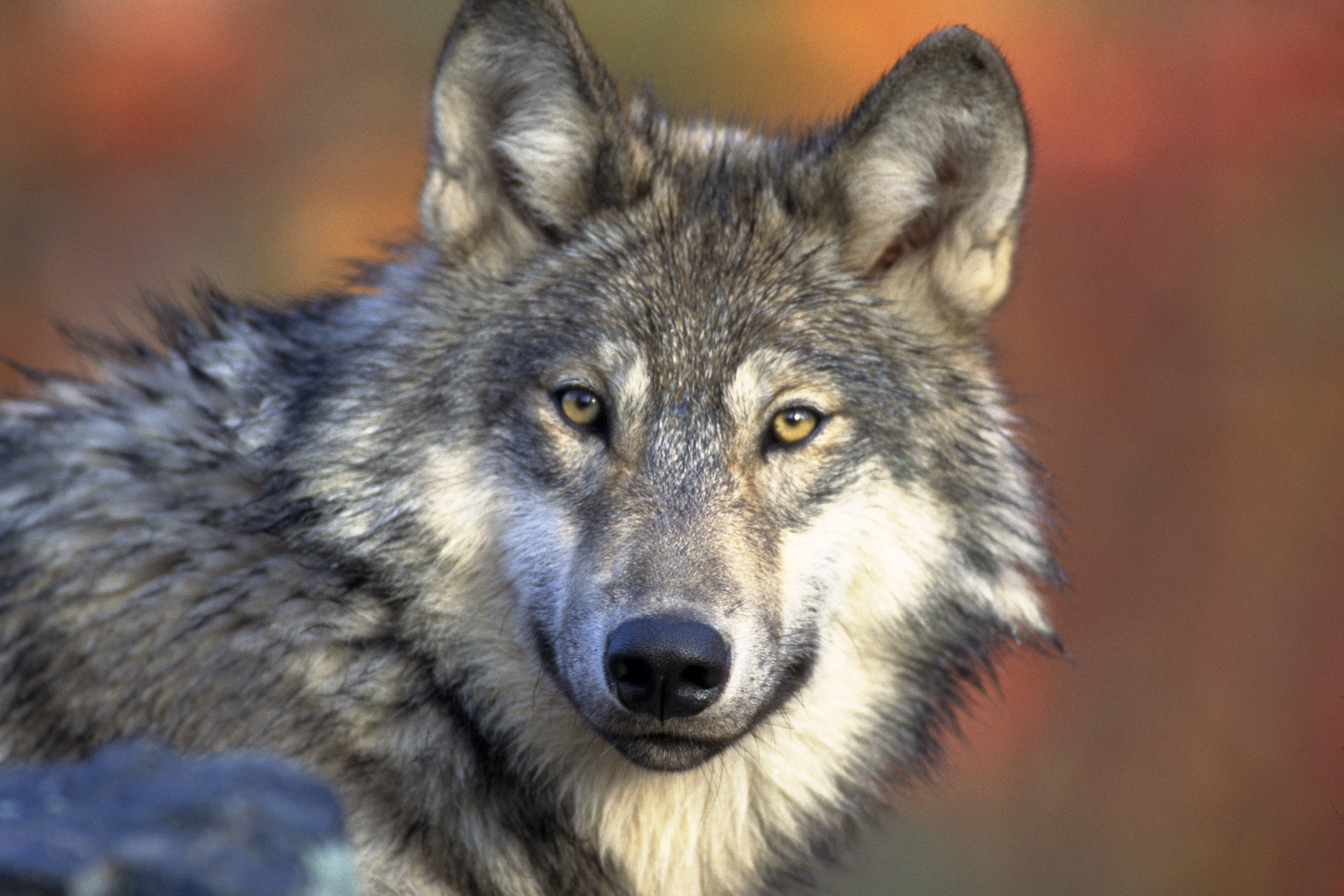 In the heart of the Apennines, Hirpinia is surrounded by mountains, which represent the natural boundaries compared to the regions around. In the north west is located the chain of the Partenio (once sheltered for the brigands) with a succession of summits from which the most famous, even though it is the antepenultimate in height, is the one from Montevergine, which welcomes the homonym sanctuary. Treasure chest of a biological diversity both vegetal and animal, the Partenio mounts are covered by a dense vegetation that changes according to the altitude. For the protection of this considerable natural heritage, the Partenio Regional Park has been created between the provinces of Avellino, Benevento, Caserta and the Metropolitan Area of Naples.

However, in the North, there are the Daunia mountains, which take their name from the close region of Puglia with which they are divided: made of calcareous clay, characterised by its altitude rather low. This is a common characteristic of every elevation in the western part of the Irpinia, particularly the part of the Apennines ridge between the well known Sella di Ariano, which is the mountain pass connecting the Ufita river and the Miscano to the Cervaro valley, and the high grand of Baronia. On the ridge, the highland of Formicoso with an altitude of 800 meters high  has to be considered. In the wooded Irpinia it can be distinguished by a lack of trees. This is what has made the area perfect for pasture and extensive cultivation of wheat and vegetables.

Still on East, but in the South, we can see the Mount Vulture, a very old extinct volcano very verdant, which draws the border with Basilicata. On the opposite side, in the South-West, there are the majestic Picentini Mounts with the highest summits of the whole Irpinia: the Cervialto with its 1809 meters, the most western : the Terminio (1806 meters), and in the West the Polveracchio (1790 meters). Formed of calcareous rocks and dolomites, the Picentini are surrounded by dense forests protected by a regional park. Between the different trees species, we can see the uncommon Austrian Pine, even if the area is more particularly famous for its chestnuts groves, which ensure one of the productions excellence of the Irpina. Furthermore, the karst phenomena characteristic of this mountain range, together with the abundant rainfalls and snowfalls, fed numerous sources which form the third richest water supplies of Europe and the principal one of Southern Italy. The origin of the majority of the rivers which run and quench the Campania and the surroundings regions since the ancient times is, in fact, in the Picentini.

The Calore Irpino starts, on the Accellica Mountain, between the Picentini mounts, in the area of the district of Montella, the first between the thirteen centers of Irpinia which the river runs, flowing northward, before entering in the Samnium of Benevento. On the opposite side of the Mount Terminio starts the Sabato which the name comes from the Sabini, the originary people of Samnites. It is a river of a vast watershed, bordering the provinces of Avellino and Benevento for a wide stretch and it gathers the waters of different water streams, from which Fiumestrelle river flows into the Sabato closo to Atripalda, after having crossed Avellino.

The second river of Southern Italy, due to the volume of its watere, the Sele, has its principal sources between the Picentini, precisely at the slope of the Paflagone Mountain, the foothill of the Cervialto from which it receives Zagarone river, its first tributary to which are added other streams along the path southwards, before leaving the Irpinia to enter in the area of Salerno. The mount Cervialto dominates Piana del Laceno, which extends further down, around 1000 meters, with the homonym lake feeded by the streams of Tronola.

It is in the green Irpinia crossed everywhere by streams, brooks and rivers that the most important Apulian river begins, the Ofanto, sung by Horace and mentioned by Virgil. From the source close to Torella dei Lombardi, it crosses the province of Avellino for 68 kilometers , in order to then pass through Basilicata and Apulia. Meanwhile, in the ancient city of Compsa, from the 1970, the waters of Ofanto form the lake of Conza, artificial basin where we can fins WWF natural oasis.  Other rivers are shared with the Apulia : the river Cervaro, which starts on the Monts of Daunia to then enter in Irpinia and successively go back to the Apulia area, and the Calaggio: originary from Irpinia where it flows for roughly thirty kilometers before becoming Apulian..

Even the most barren area of Irpinia, the upland of Formicoso, generates its river, the Ufita, which forms a vast valley before entering in the Samnium, where it receives another river of irpinia origins, the Miscano, well known because in its valley there is the so-called Bolle della Milvazza : an expanse of small mud volcanoes at an altitude of approximately 500 meters, which is also a site of considerable scientific interest. 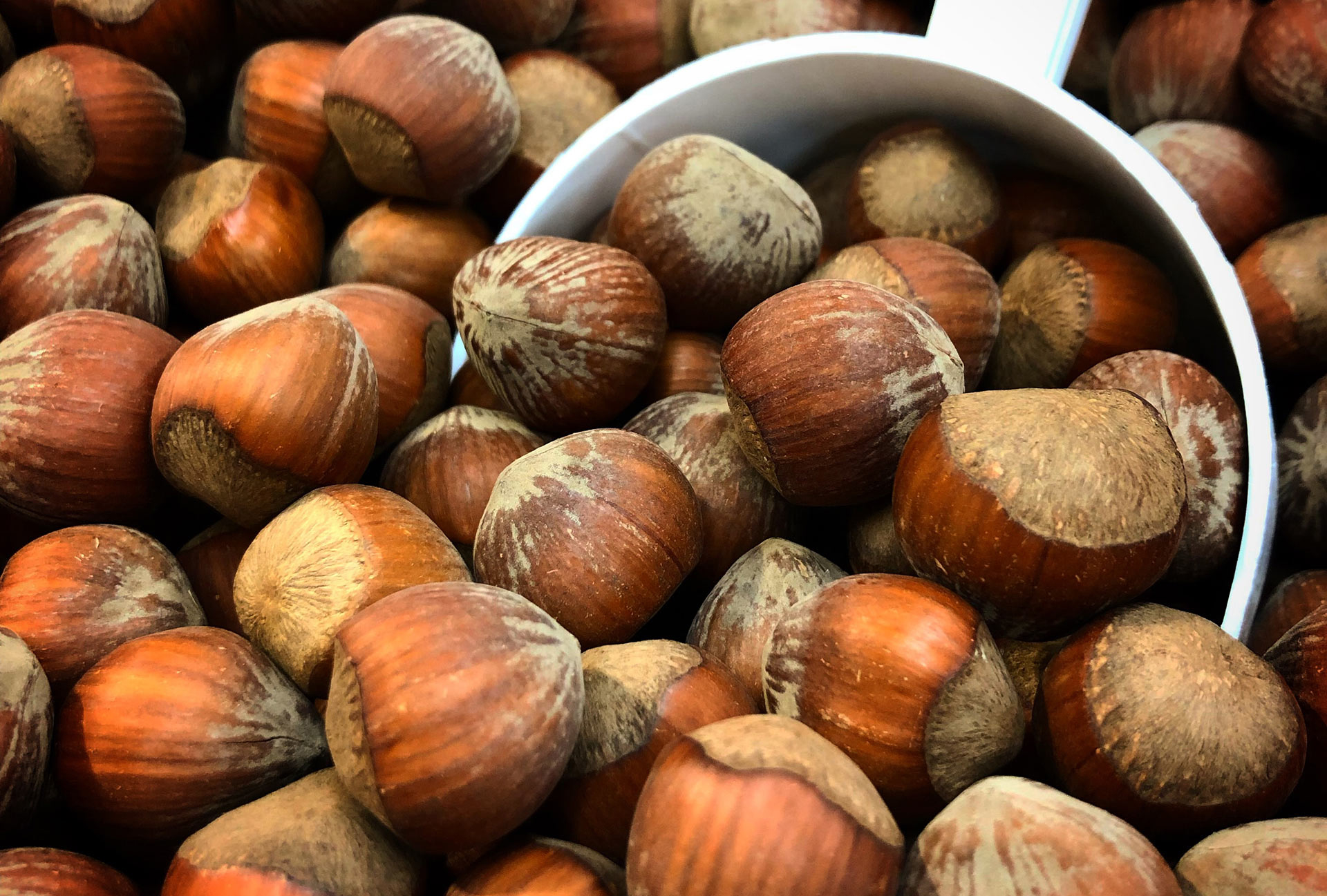 AVELLA, THE CITY OF NUTS

Roasted and shredded, they... 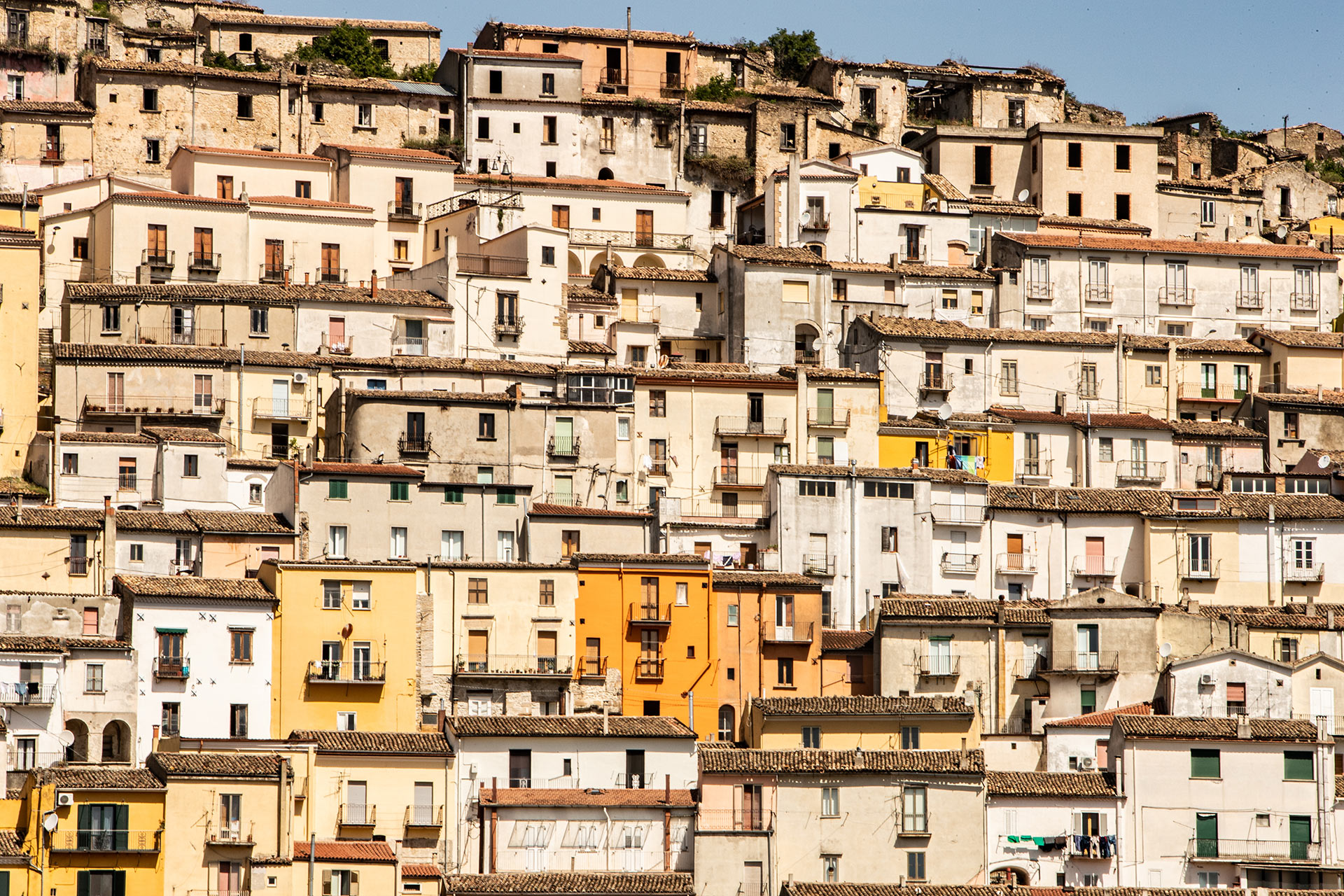 CALITRI, SMELL OF BREAD IN THE HAMLET 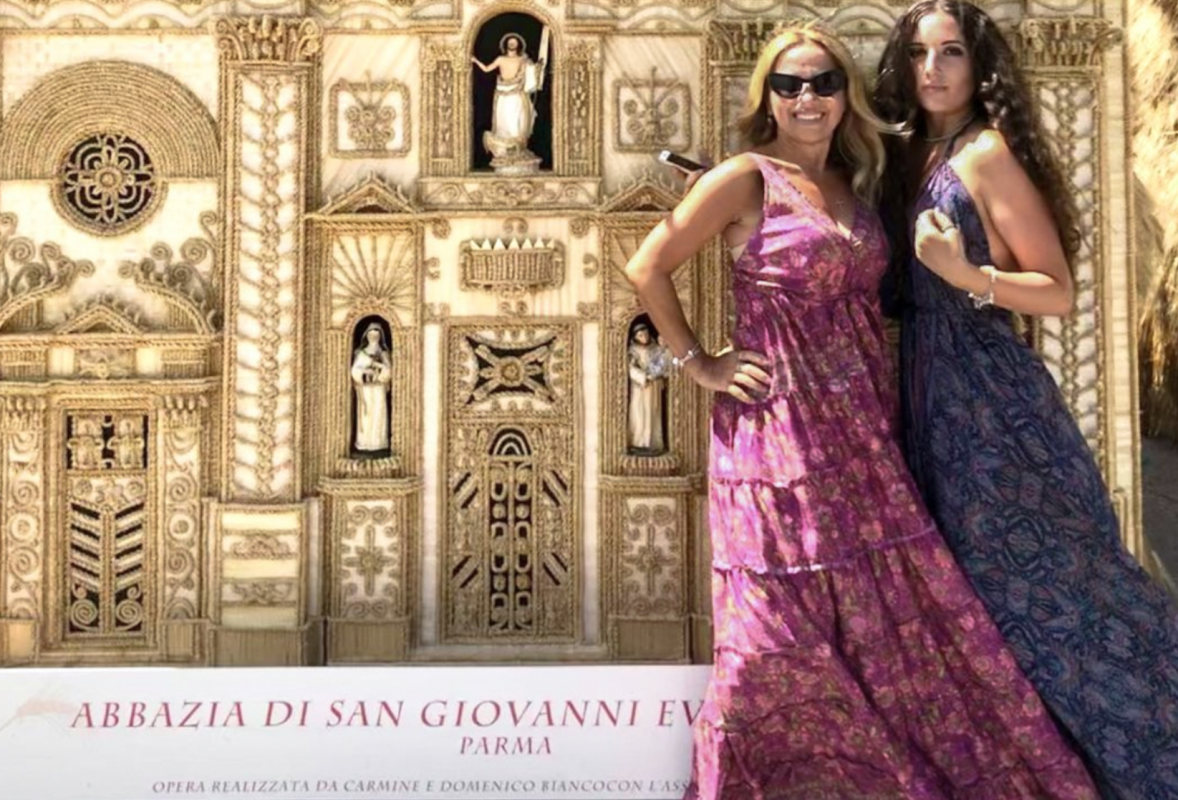 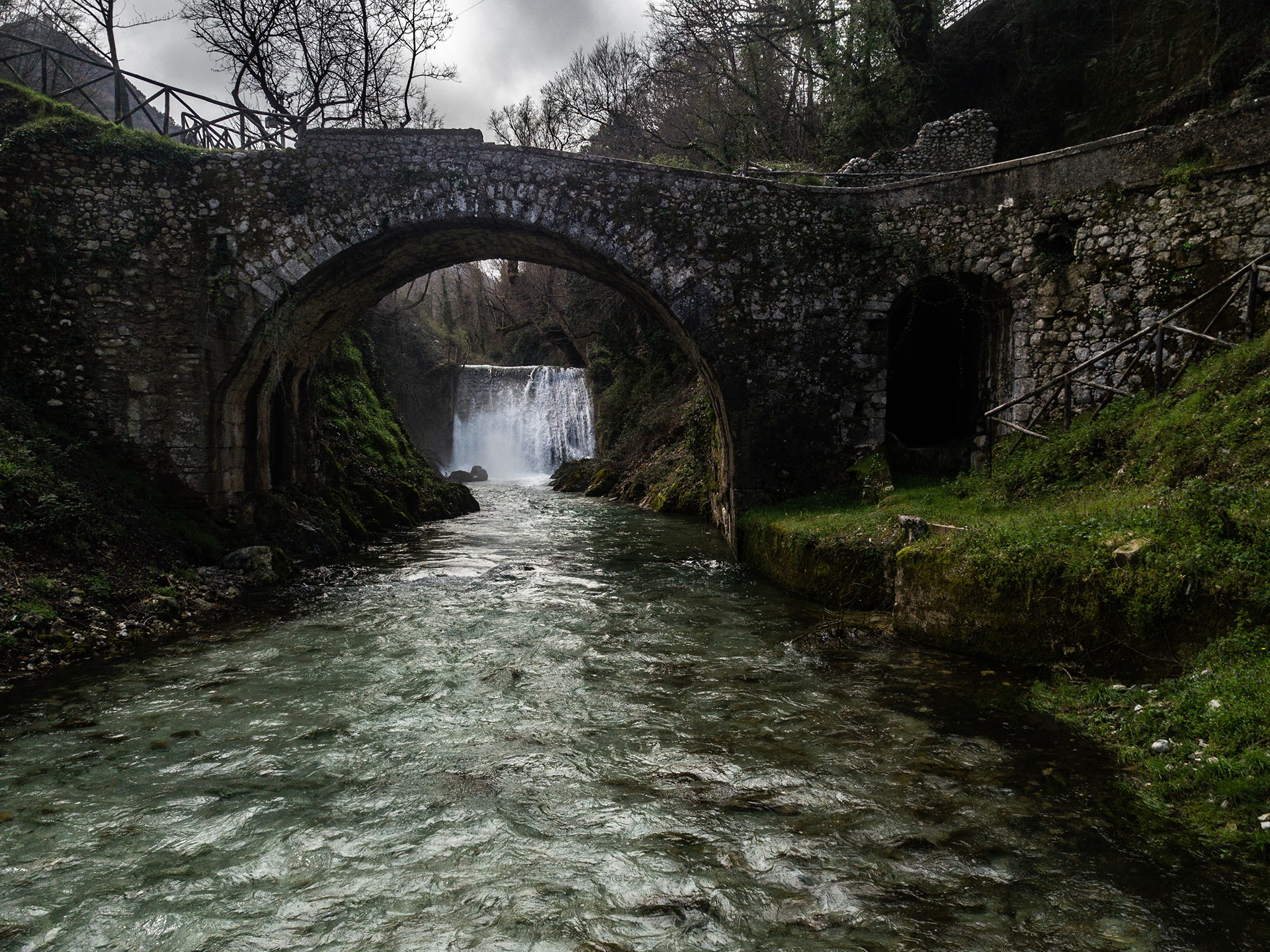 MONTELLA- Where the rivers born

Montella is not only the... 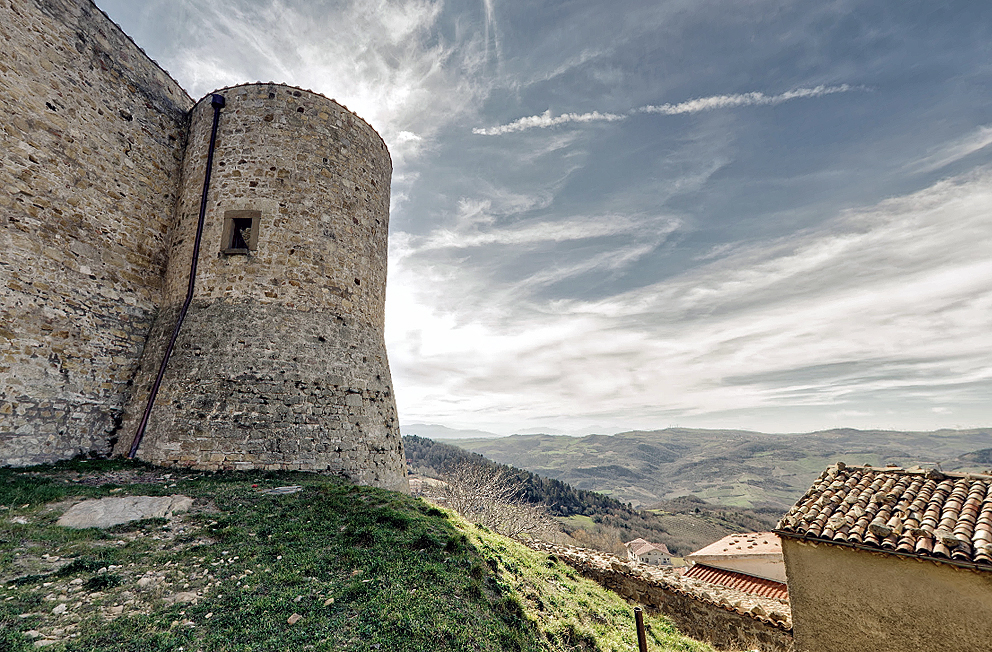 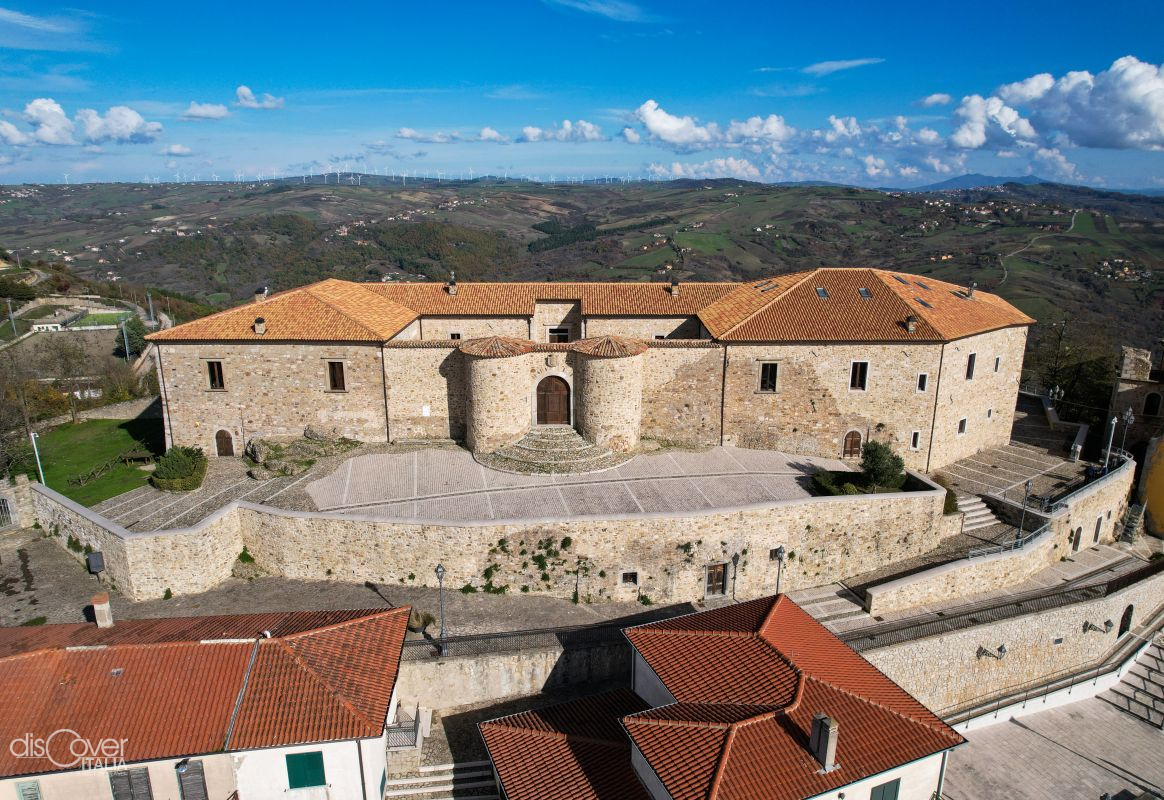 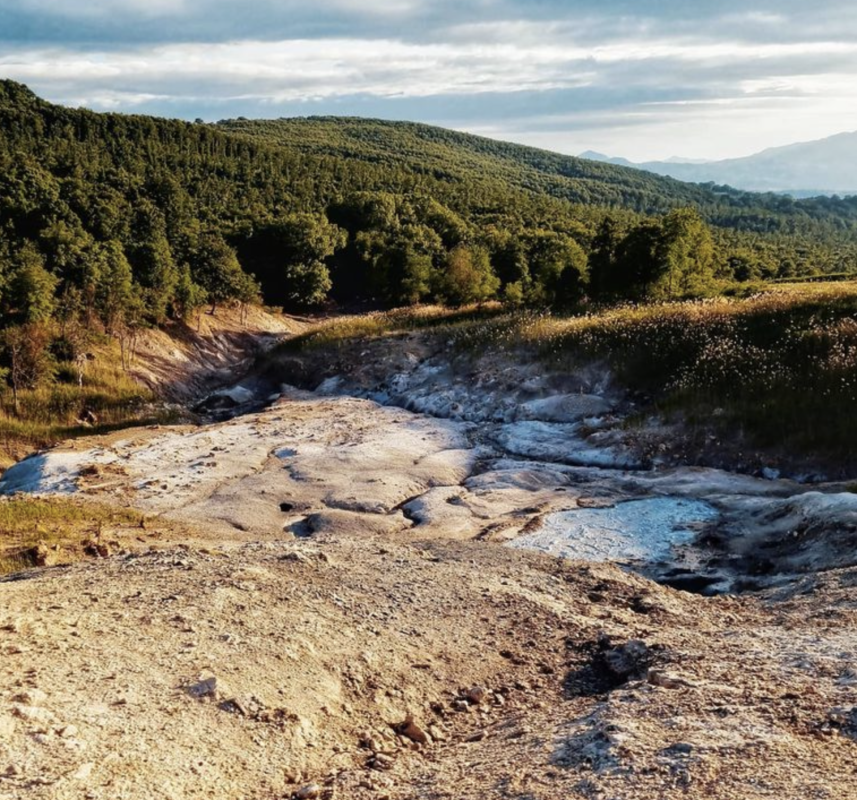