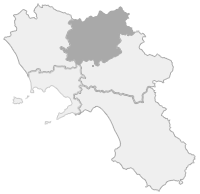 Unique, the sinuous and placid profile of the

“Sleeper” (Dormiente) is cut on the blue sky.

The Dormiente identifies this path of the Campanian Apennine with the Samnium. An antique area due to its human history and even more for the geological one.
Old, as the impressive massif of Taburno, whose peaks have been drawn by the atmospheric elements for hundreds of billions of years, define the shapes of the “Sleeper” (La Dormiente in Italian). Between them all, the summit is the highest and gives the name to the entire mountain range which is also a natural regional park: the Monte Taburno, sang by Virgil walking by the olive groves and pastures. It reaches 1391 metres.

The Camposauro is slightly lower and is often associated to the previous one when specifying the massif, with its 1388 meters. Then, in height order, the Alto Rotondi, the Sant’Angelo, the Gaudello, the Pentime (in other words the head of the “Sleeper”) and all the others which encircle the Vitulanese valley in a semi-circle. Rich of water, thanks to the several tributaries which cut across it. The first of all is the Jenga, which receives water from the Jerino river and flows into the Calore, close to Benevento. This is where the Benevento valley from one side, and the Telesina valley from the other are open in order to both put together the so-called Calore valley mentioned by the historian Titus Livius.

In the over 100 km of its flow, enriched by numerous streams waters and by the Ufita, the Calore Irpino riceives the Tammaro river just before Benevento and then, once it crosses the city, it joined the Sabato river and other minor watercourses. It will then keep its way overtaking the Camposauro mount and entering in the Telesina valley where it entirely runs through it before merging in the Volturno. In ancient times, it was believed that the water of  the Calore (literally meaning “heat)” river was thermal due to its temperature , higher than the other rivers. This is where it might have taken its name from. Therefore, therapeutic properties where given to this water. It was, however, considered a river of a considerable flow. In fact, in the XVII century, it was even possible to sail to Volturno, while since the Roman era it helped feeding different aqueducts as it is still occurring with the Apulian Aqueduct. Its help, along with the Titerno, is crucial for the flourishing agriculture activity of Telesina valley, with its vineyards as far as the eye could see, as in a big part of Sannio, heart of the viticulture of Campania.

From the summit of Taburno which closes it in the North, the Caudiana valley is dominating, delimited in the South, on the border with the Irpinia, by the Paternio mountain range. As the geographic center of Campania, the valley takes its name from one of the four Samnite tribes: the Caudini who had their own capital: Caudium. It is there that the Romans, in 321 b.C, during the second Samnite War, suffered their stinging defeat, knows in the history as “Caudine Forks”. Partially flat and crossed by the Isclero River, tributary of the Volturn, the Caudine valley also keeps an ancient agricultural vocation with a prevalence for viticulture.

The Monte Mutria, sacred for the Samnites, is the third highest summit of the Matese massif with its 1823 meters. It is located in the borders between Molise and Campania and between the provinces of Campobasso, Caserta and Benevento. From its summit, when the sky is clear, you can admire from the Adriatic to the Tyrrhenian see the three valleys:  the Tammaro in the East, the Calore Irpino in the South and the Volturno in the West. Reachable from different ways (one of them starts from Bocca di Selva, the summit of the Mutria) you can overlook most of the Sannio area whose southern slopes are an integral part of the Matese, which the Telesina valley separates from the massif of the Taburno Camposauro.
Characterised by karst phenomena over and underground, with cracks, dolinas, grottos and sinkholes and a still wild nature in many places, thanks to the dense forests and the several water flows,  the Matese mountains were the Hannibal’s army walked, became nowadays a natural regional park which also includes the wildlife oasis of Monte Mutria.  At its foot, important fossils have been found in the area of the small city of Pietraroja, including a baby dinosaur belonging to the Scipionyx Samniticus specie, nicknamed Ciro. It became the symbol of both the Paleolab, a geopaleontological park, and its museum. 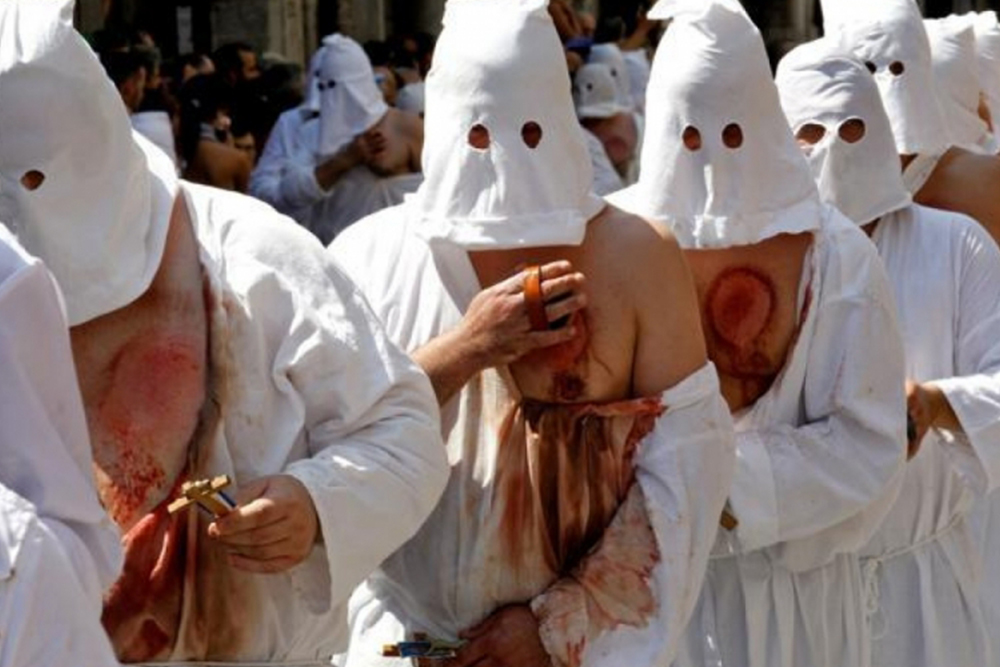 THE RITES OF GUARDIA SANFRAMONDI
Every seven years and for seven days, from the Monday after the 15th of August until the following Sunday....
0 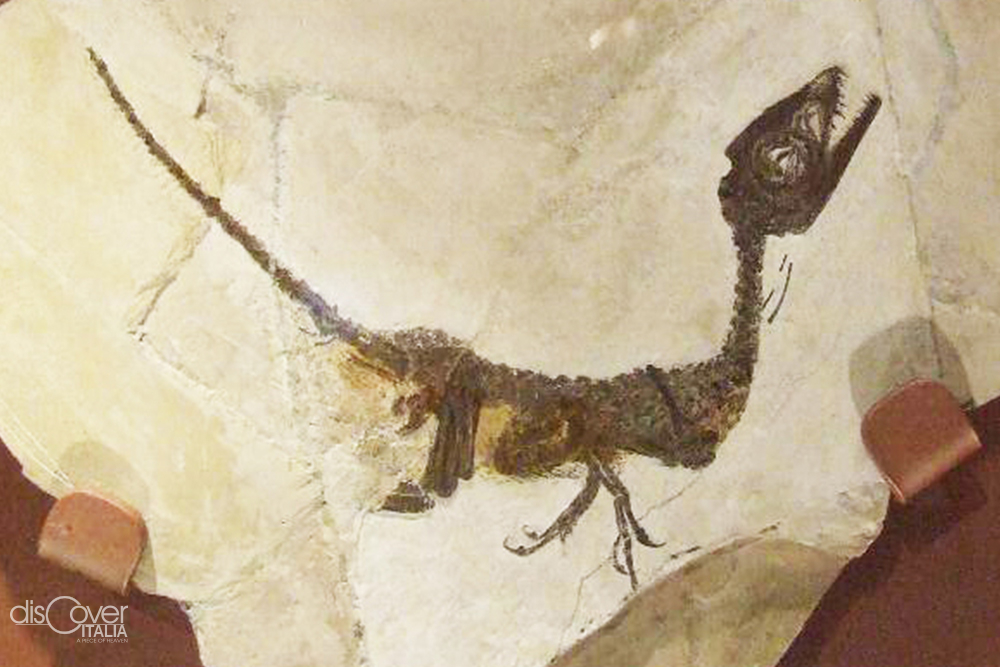 THE PALEOLAB IN PIETRAROJA
A journey backwards in time. Until the Cretaceous, 110 million years ago, when on the slope of the...
0 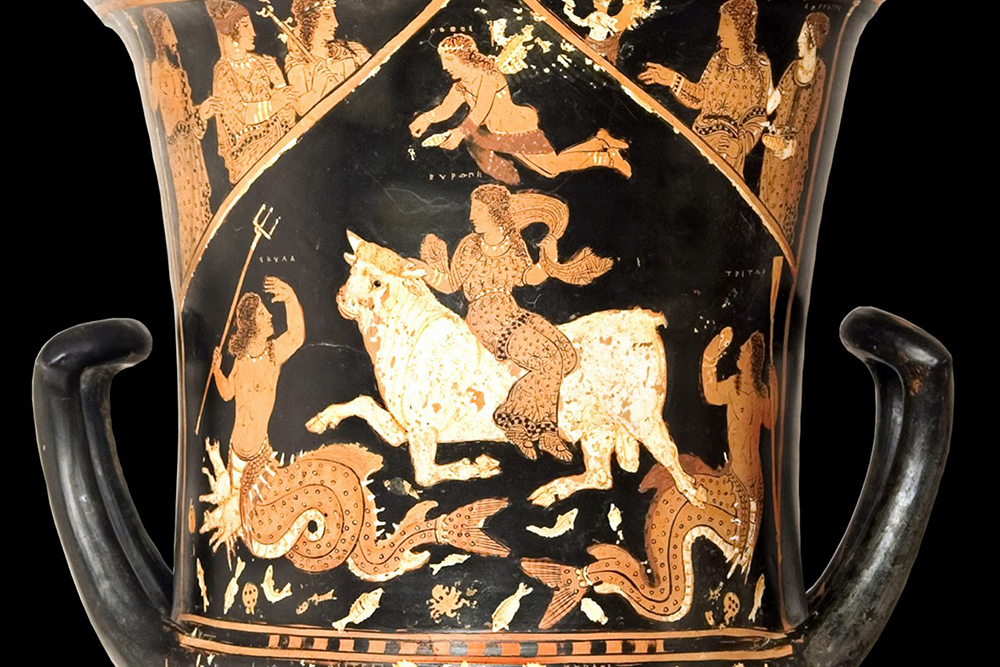 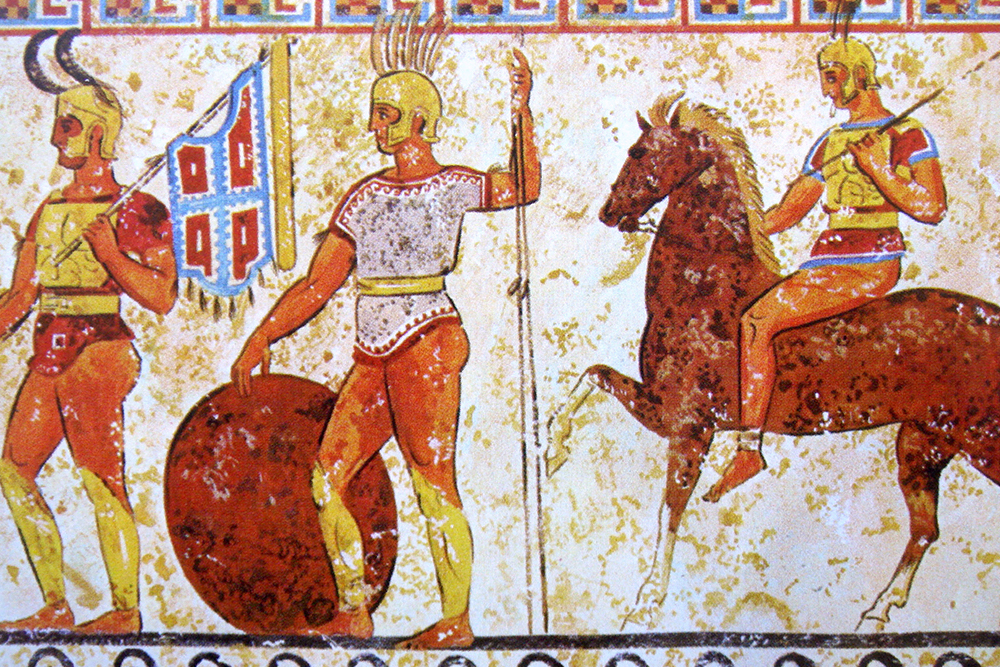 SAMNITES AND PEOPLES FROM THE NORTH
The practice of the “Sacred Spring” marked the beginning of the new people, the Samnites....
0